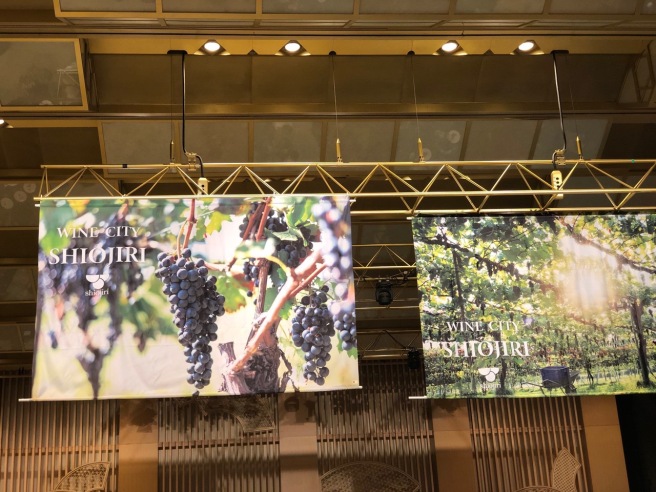 This past weekend, Friends of Nagano Wine attended the Shiojiri Grand Wine Party at the Gajoen Hotel in Meguro, Tokyo. The event commemorated the 60th anniversary of Shiojiri City, a wine region located in Nagano that is steadily garnering attention in both the domestic and international markets.

And the event was indeed grand! All 16 wineries from the area, including Sun Sun Winery and Alps which Friends of Nagano Wine have featured in past events, participated. There were also new comers such as Belly Beads Winery which opened around one year ago and Domaine Sourire which opened this past June. 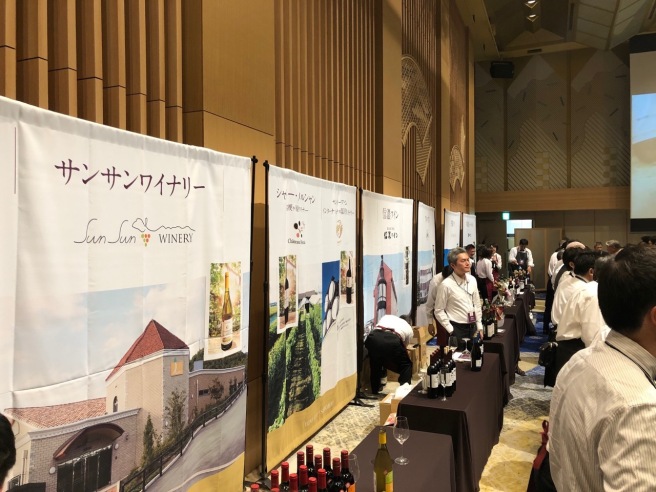 Beyond the main hall, there was a premium tasting room where attendees could taste higher end wines from the participating wineries for an additional charge. The ever illusive Kido Winery, which only sells its wines by lottery through its website, had a stall there and, as is evident from the below photo, everyone wanted a taste of what it had to offer. 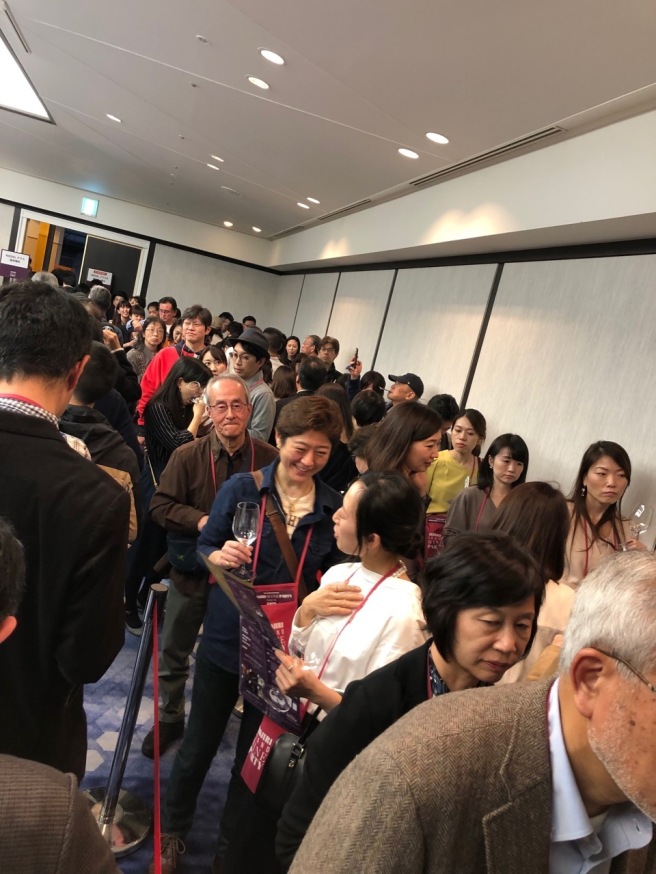 Attendees also had the chance to engage in workshops and seminars on topics ranging from wine drinking etiquette to Shiojiri wine history and shop along the “market street,” a string of stalls selling everything from lacquerware to frozen yogurt to meat pies from Shiojiri.

Another highlight was the Miss Wine competition where contestants competed to become the next Shiojiri wine ambassador. Friends of Nagano Wine hope to have Miss Wine promote its next event!

Shiojiri is located just south of Matsumoto and is about a three hour drive from Tokyo. It is also accessible by train. The city’s tourism office located next to the train station can provide information for accessing the area’s wineries and tasting rooms by public transportation. We encourage you to visit!

View all posts by friendsofnaganowine