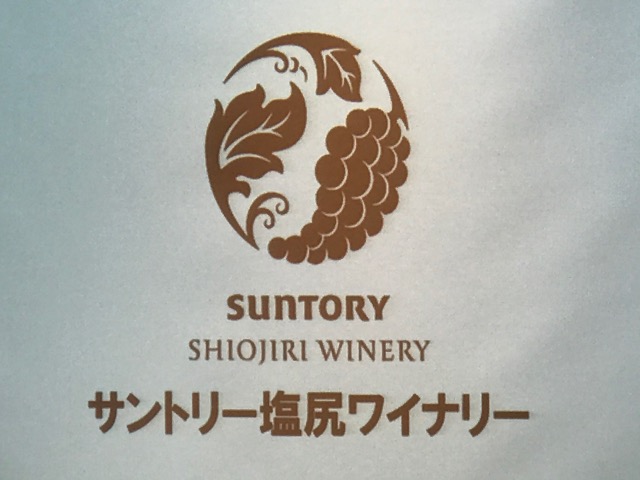 We held our November 16 wine tasting program with Suntory Corporation at Ginza Nagano, a store and conferencing facility in downtown Tokyo. The tasting featured a diverse group of eight selected wines produced by the Suntory in Shiojiri, Nagano.  Suntory first began making wine in Nagano Prefecture in 1936 when it opened a winery in Shiojiri and purchased Concord grapes from local growers for its then popular “Akadama” Wine. More recently, Suntory has experimented in the prefecture with wines made from locally grown European varietals, prominently Merlot and Chardonnay.

We were pleased to welcome as our guide for the tasting Mr. Kentaro Shinoda, who is the chief winemaker at the Suntory Shiojiri winery. He provided us with an overview of Suntory’s wine business in Japan, where it operates two wineries one in Nagano and the other in next door Yamanashi prefecture. Mr. Shinoda is a graduate of Tokyo University’s School of Agriculture and spent three years studying viticulture after joining Suntory at Chateau Lagrange in Bordeaux, a winery that Suntory acquired in the 1980s.

Mr. Shinoda’s selections for the tasting allowed us to compare different vintages, the result of developing the wine in stainless steel tanks versus oak barrels, and the influence of varying terroir on the wine produced.  The menu for the tasting is reproduced below.

We limited participation in the wine tasting to 15 persons in order to keep the atmosphere informal and have opportunities to share our own individual experiences with each wine. Among the Chardonnays, the Takayama Mura, made in French Oak barrels, was popular for its smooth buttery palate, but the lighter fruity character of the Shinshu Chardonnay also had its proponents.

The two Shiojiri Merlot Roses were eye-opening. The 2014 was light pink salmon color while the younger 2018 vintage was medium pink reflecting a predominate flavor of fresh strawberries with a hint of cranberry.  The 2018 was a favorite with everyone, although the delicate taste of the 2014 also had fans.

The twin Muscat Bailey A offerings differed in the wood used in the oak casks in which they were laid up: one was produced in standard French oak barrels; the other in Japanese oak (mizunara) barrels of the same type that Suntory uses to make its whiskey.   Opinions were divided on the preferred method. The wine made in the Japanese oak had a strong flavor of coconut and caramel that some liked and others not; flavors from the French barrels were more muted, but this method was thought  by some to better balance off the characteristically strong, fruity flavors of the Muscat Bailey A.

The twin Merlots were not in direct competition – both were very good in their own way. The 2015 Merlot was from vineyards located on the right bank of the Narai River, which flows through Shiojiri. The area produces a very good Merlot, but the flavor is usually not as concentrated and rich as that made from grapes grown on the “left bank,” the Iwanohara area, due to the rocky nature of the soil. Not surprisingly, the Shijori Merlot retails for 4000 yen and the Shiojiri Iwanohara Merlot for twice the price, if available (production is very small).

We hope to continue this series of small, focused tastings with winemakers at future events and hope that you can join us next time.

If you would like to sample these wines, you can purchase them online here.

View all posts by friendsofnaganowine